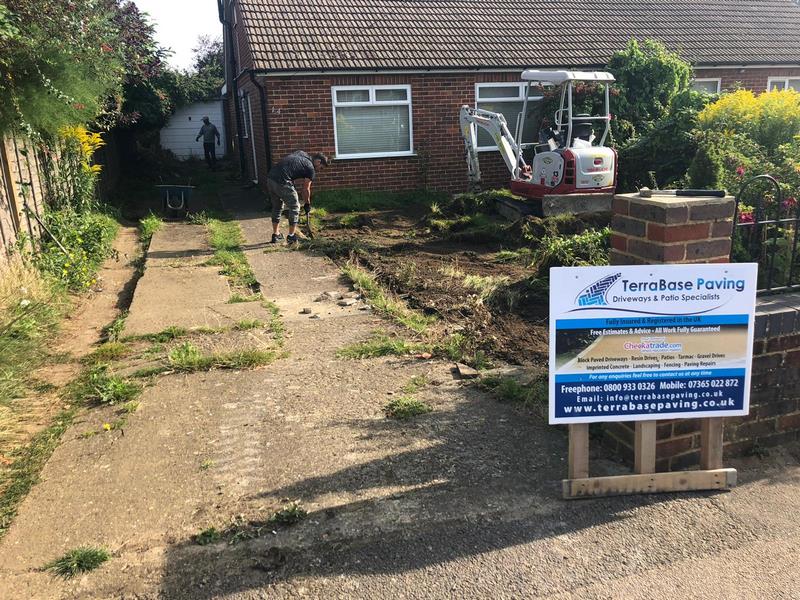 Although there is indeed something to be said about the rural nature of some properties, there are also times when this very same quality can lead to unintended circumstances. For instance, even the most well-designed driveways will eventually require a makeover in order to restore them to their formal glory. One recent example of these observations involves a customer in Chatham.

The team at TerraBase Paving was initially consulted in regard to a driveway that needed a fair amount of attention. After a hands-on analysis, it was decided that the best way forward was to entirely replace the existing surface with new materials. Not only would this restore its functionality, but the home was provided with an elegant appeal. So, how did we approach this task and what was the final outcome?

The Assessment and Preparation

One of the reasons why TerraBase Paving has enjoyed such prominence throughout Chatham and nearby areas involves our meticulous approach to any project. This also enables us to explain exactly what the task entails so that no surprises occur along the way. In terms of our Chatham customer, the first step involved removing damaged concrete slabs as well as levelling the underlying surface. This is crucial, as the subsequent block paving stones must be properly seated.

During this time, it was also decided that the width of the existing driveway should be extended in order to accommodate extra vehicles as well as to transform the appearance of the entire front garden. While such a project required a fair amount of manual labour, our team was certainly up to the task.

Block paving stones are some of the most popular driveway surfaces for several reasons. Not only are they highly durable, but they are available in a variety of unique hues. The stones will remain firmly in place and unlike other materials such as concrete, the chances of cracks appearing are virtually nonexistent. Furthermore, customers can choose from a host of attractive patterns.

It was decided that a herringbone style would be employed in this case. The centre blocks were then complimented by a series of red bricks placed around the border. These colours served to compliment nearby elements such as the exterior of the home as well as two large pillars found on either side of the driveway entrance.

Much More than Extra Parking Space

Of course, driveways are intended to serve extremely functional purposes. We also believe that these surfaces should be attractive to behold and able to increase the kerb appeal of any property. The customer was quite happy with the outcome and once again, TerraBase Paving walked away satisfied.

Get In Touch With Us Today!

If you have any queries related to our services, feel free to get in touch!